The complete original Canon A1 instruction manual , scanned in a high resolution and easily readable in PDF.

The complete original Canon A1 instruction manual , scanned in a high resolution and easily readable in PDF. 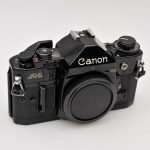 Canon is a Japanese company that was originally called Seikikōgaku kenkyūsho. The first famous production of the brand was the Kwanon, a prototype 35mm camera. In 1947, the company name was changed into Canon. That name comes from the Buddhist Guan Yin (Kannon in Japanese). Since then, Canon hasn't stopped introducing innovative photo cameras and lenses, such as for example the first film camera with a zoom lens. A very famous Canon SLR-camera is for example the AE-1; the first ever photo camera in the world that has an integrated micro computer. De Wit Camera's offers secondhand Canon photo equipment with a focus on analog photography. 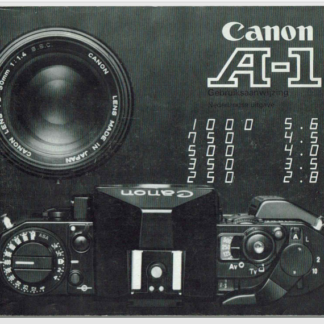