This rare Zeiss-Opton Biogon 2.8/35mm T lens has only minor traces of use and is optically and mechanically in excellent condition.

This rare Zeiss-Opton Biogon 2.8/35mm T lens has only minor traces of use and is optically and mechanically in excellent condition. 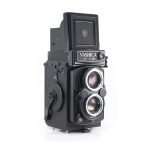 Yashica was a Japanese electronics company that was founded in 1949 in Nagano and that was mainly known for its photo cameras. Yashica was taken over by Kyocera in 1983 and now only exists as a brand name and no longer as a company. Many of their camera models are actually copies/reproductions of other famous brands like Rollei, but still, Yashica has a big group of fans around the world!

Yashica has also produced under the name Contax (with Carl Zeiss lenses) and later Cosina. 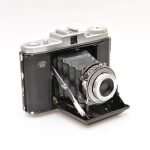